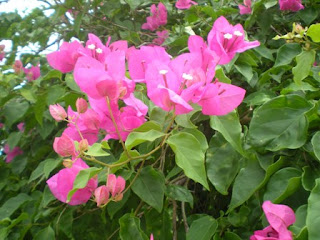 Its a pink flower but is it really?

I think I talk alot about the idea of everything as/being “created”. I thought I’d try to explain it a bit more. If you’re confused after reading this, tell me, because this is the first time i’ve ever tried to write about this stuff.
Well, basically, pretty much everything we know is “created”, its not natural or truthful.

Do you get what I mean when I say created? We don’t live the same way we did one thousand years ago, because as humans, we’re constantly creating it (by it I mean life, society etc) as we go along.

Thus, its all created, we make it up as we go along.

Another aspect of all this is that we all agree about the creation. I could suddenly start calling the pink flower blue, but its pretty useless unless other people agree with me and start calling it blue as well.

So, what’s the point of this?

Well, I think knowing that its “all made up” helps keep things in perspective. It should make us a little less precious, give us a bit of flexibility. Like the Blak History month I posted about earlier today. It can (and I believe will) become part of our celebrations, because there will be more and more people agreeing that July and Blak History is meaningful. (And we should probably also acknowledge Web2.0 for facilitating this – though thats for another post I think)

There’s probably a brilliant thinker who has a seriously meaningful quote that would really work right now. I don’t know what it is. I’ll look for one, if you find one, let me know hey?