Modern Australia has an odd relationship with Federation. Perhaps we’re all too busy getting over our New Year’s Eve hangovers to think about it, or perhaps, because Australian nationhood was “voted for”, rather than “fought over”, we just take it for granted. Either way, the 1st of January doesn’t really figure much in our imaginations as a day to celebrate or commemorate. Yet, despite our apparent ambivalence towards the founding day, the Australian Constitution, the founding document, figures prominently in our everyday lives.

Prior to 1901, there was no Australian nation. Rather, White Australia was made up of a number of independent colonies. Between 1890 and 1900, the Australian Constitution was drafted and was designed so that certain powers (for example, external affairs, currency, family law etc) of the colonies would be handed over to a single Australian government. In 1900, Queen Victoria / the British parliament made the Australian Constitution law, with the Australian nation being established on January 1, 1901. The first Australian Parliament met in May 1901 in Melbourne. Parliament House in Canberra was opened in 1928. For more information about the historical facts of Federation, you should visit the websites listed in Recommended Reading below.

Understandings of Federation from an Aboriginal perspective

There are a number of ways in which we can conceptualise Federation.

At the time of writing the Constitution (late 1800s) and the start of Federation (1901), Aboriginal People were actively being discriminated against and oppressed. Their lands were still being removed, skin-based racism was rife, employment practices and laws actively removed children and broke up families. In some parts of the continent, Aboriginal Peoples were still being massacred. The Federation of the colonies simply reinforced the myth of 1770 terra nullius, and the death of the Aboriginal race, and failed to acknowledge Aboriginal Peoples’ occupation or sovereignty. As an historical event then, we understand Federation as an act of White Race Supremacy. 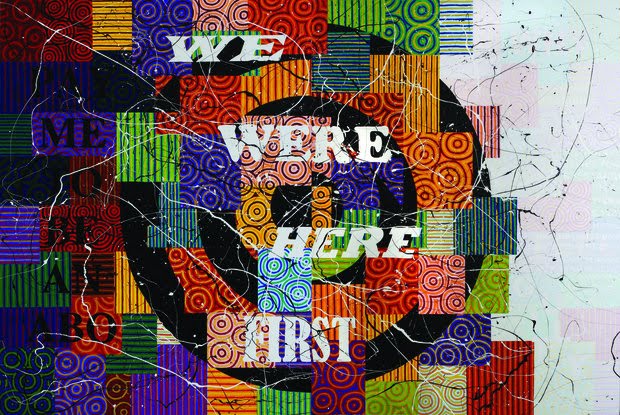 Not surprisingly, the creation of the Australian nation, failed to provide any opportunity for Aboriginal political representation. In 1901, White Australia believed that the Aborigines would soon die out and their occupation of lands, was lawful and just.  In 1932, William Cooper started the Australian Aborigines’ League. One of his initiatives was creation of a petition to the King of England, seeking representation in Federal Parliament and equal rights for Aboriginal People. He travelled across New South Wales to get Aboriginal people to sign it.

In 1938, Joe Anderson, also known as King Burraga of the Thirroul People, pleaded to Aboriginal people to organise and for White Australia to listen,

It quiet amuses me to hear people say I don’t like the Black Man, when they live in the Black Man’s country all the same. I’m calling a corroboree of all the natives of New South Wales, to send a petition to the King, in an endeavour to improve our conditions. All the Black Man wants is representation in Federal Parliament. There’s also plenty fish in the water for us all, and land to grow all we want. 150 years ago, the Aboriginal owned all of Australia and today he demands more than the White Man’s charity. He wants the right to live.

Despite having over 1800 signatures, there is little evidence that Cooper’s Petition was discussed or acted upon by the Federal Government or had any influence at all. It certainly did not reach the King.

Since those early calls for Aboriginal political representation, there has been no shift, at a federal or state level, towards formalised Aboriginal representation in Parliament. Since the 1970s, there have been a number of Aboriginal people who have been elected to Federal and State parliaments, but these members have (ncessarily) represented their own constituencies and their political parties first.

Federation is a day that is lost in the Australian psyche, yet is one that solidified the foundations of our nation state and the way in which we understand Indigenous sovereignty.